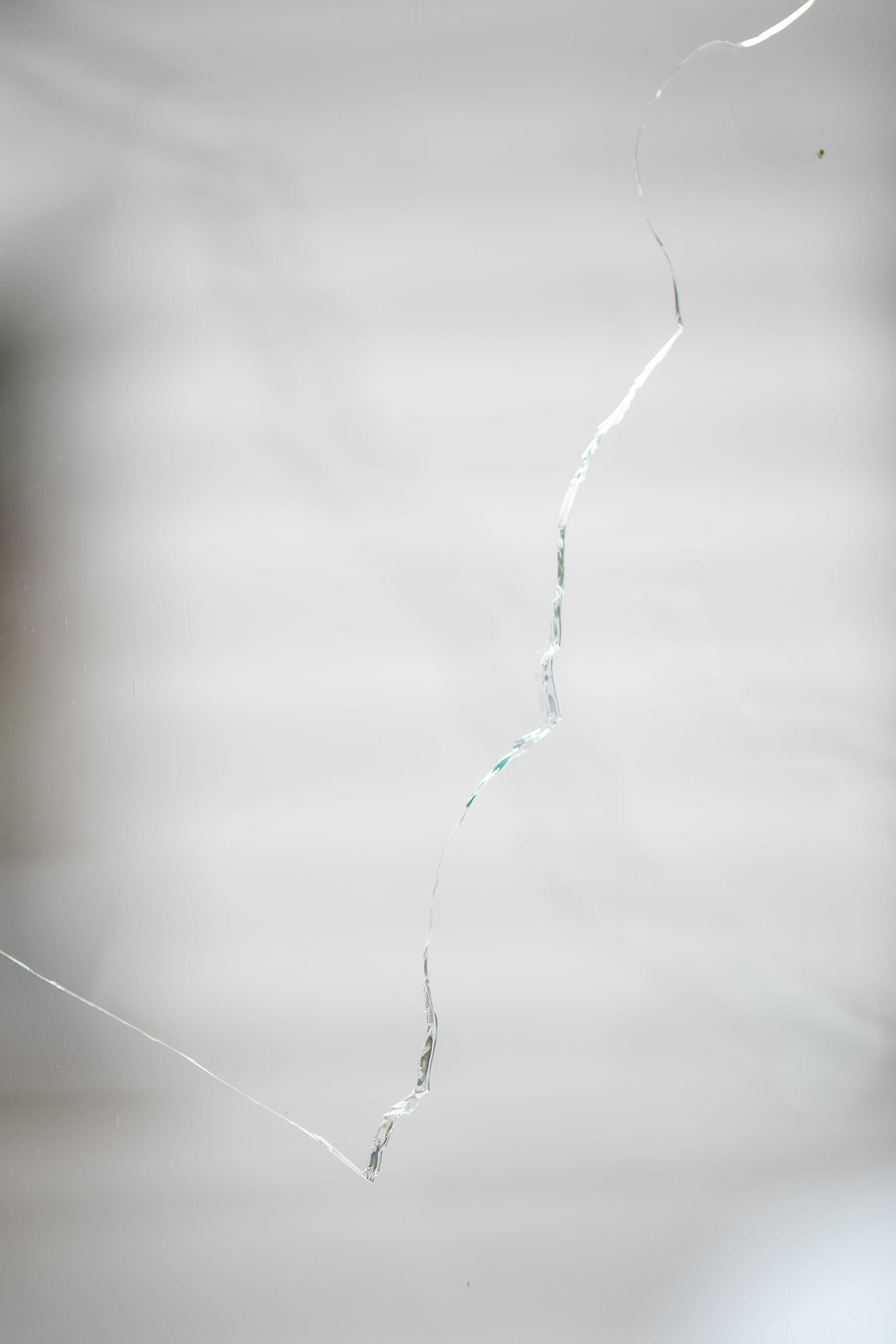 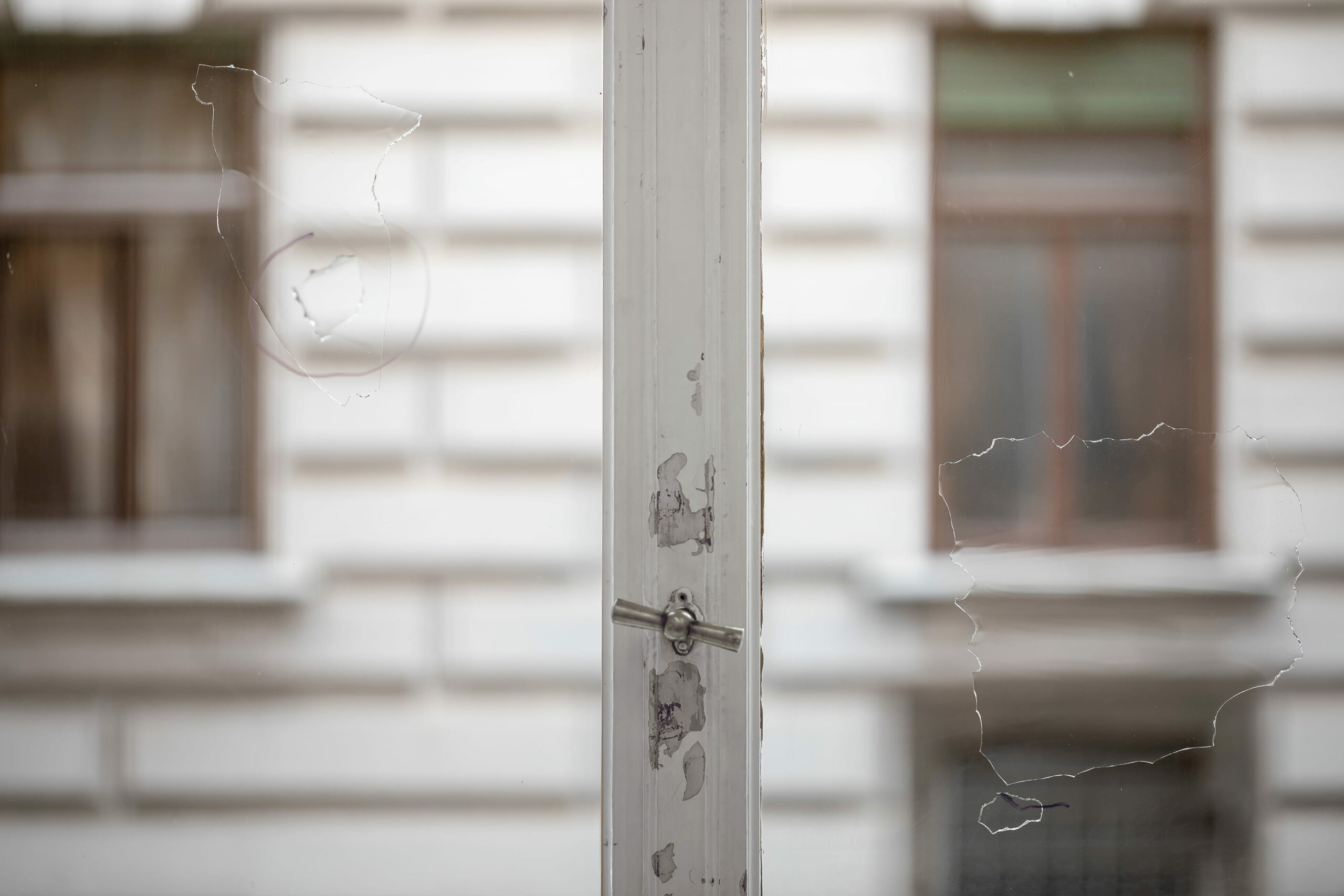 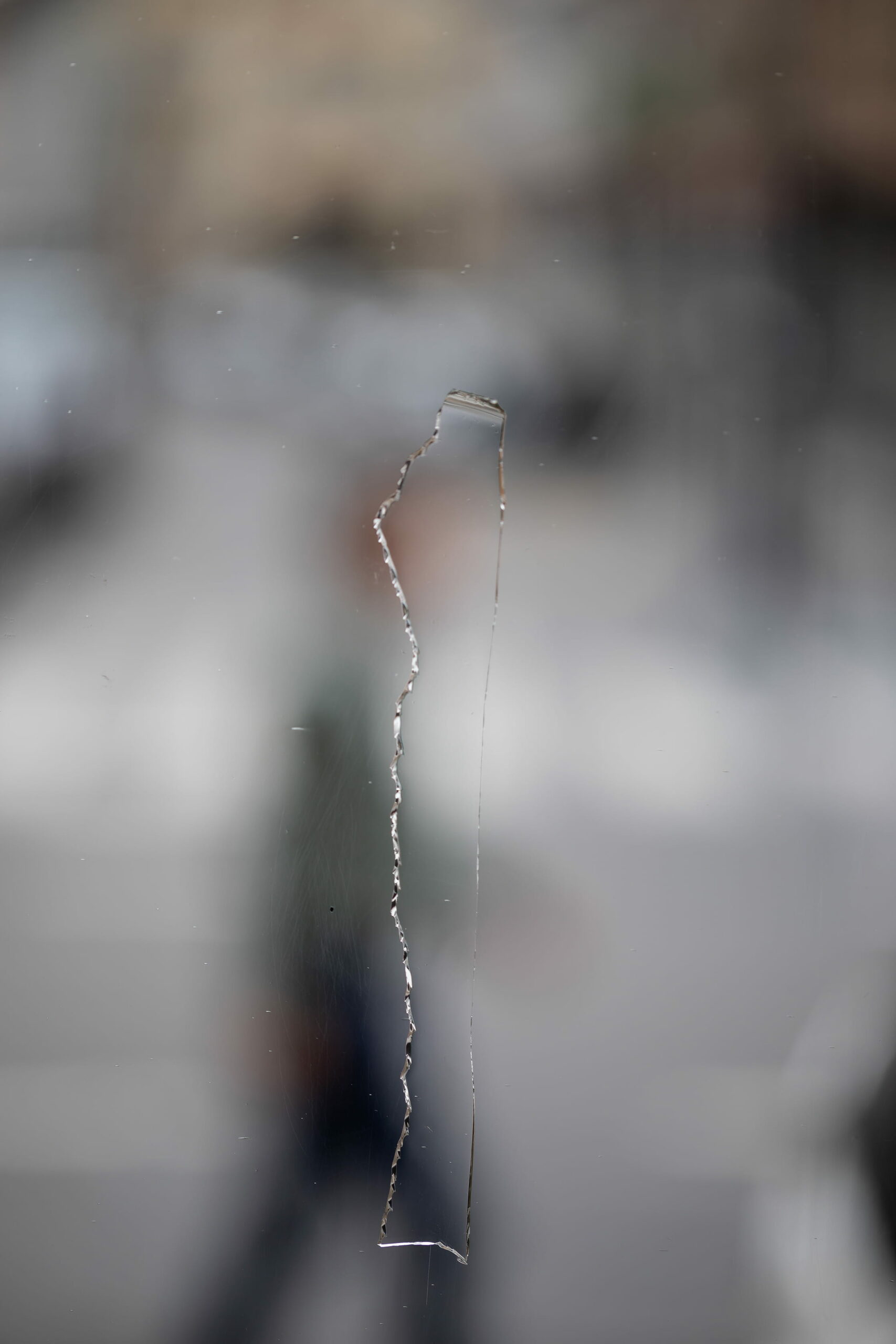 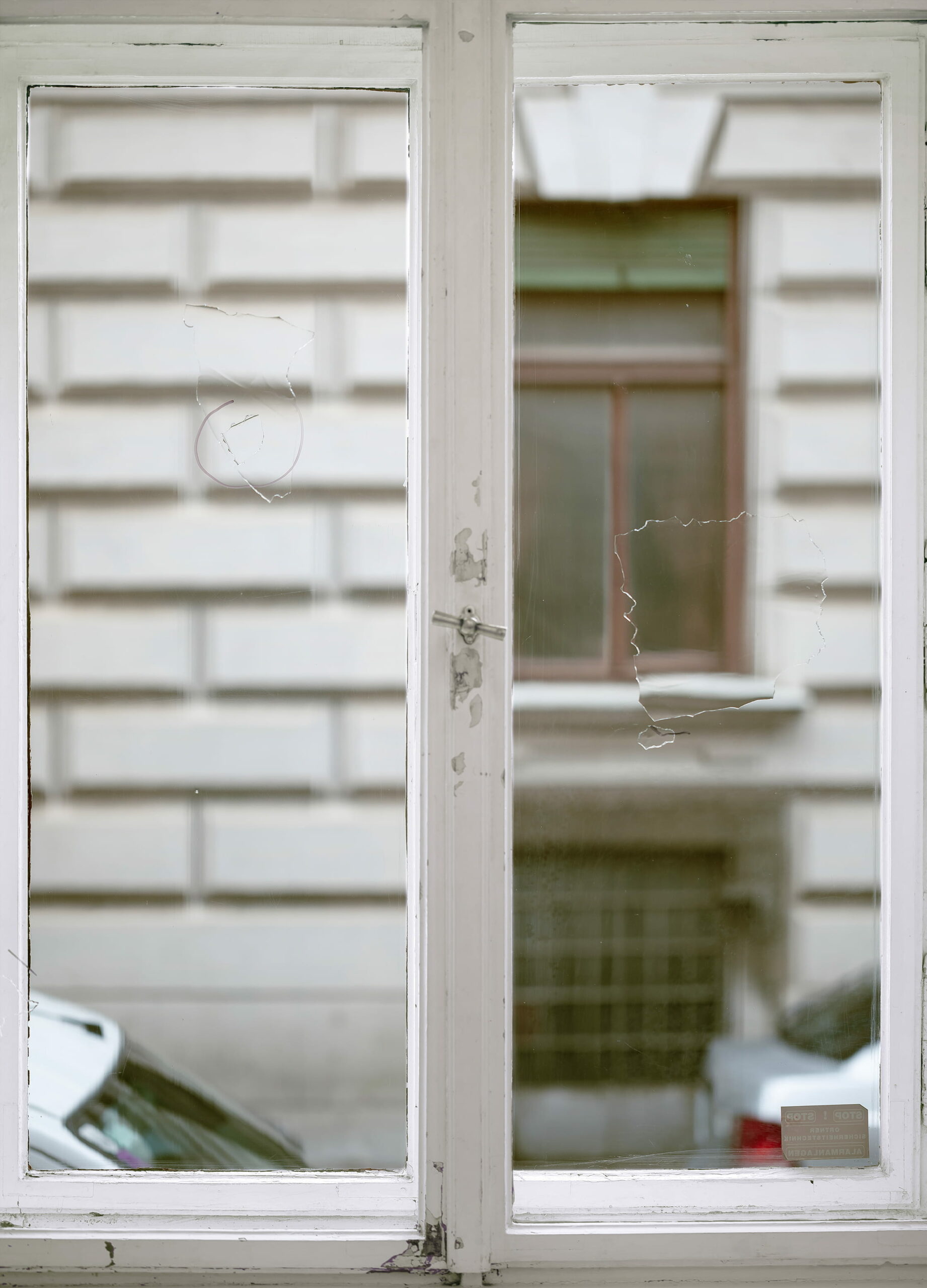 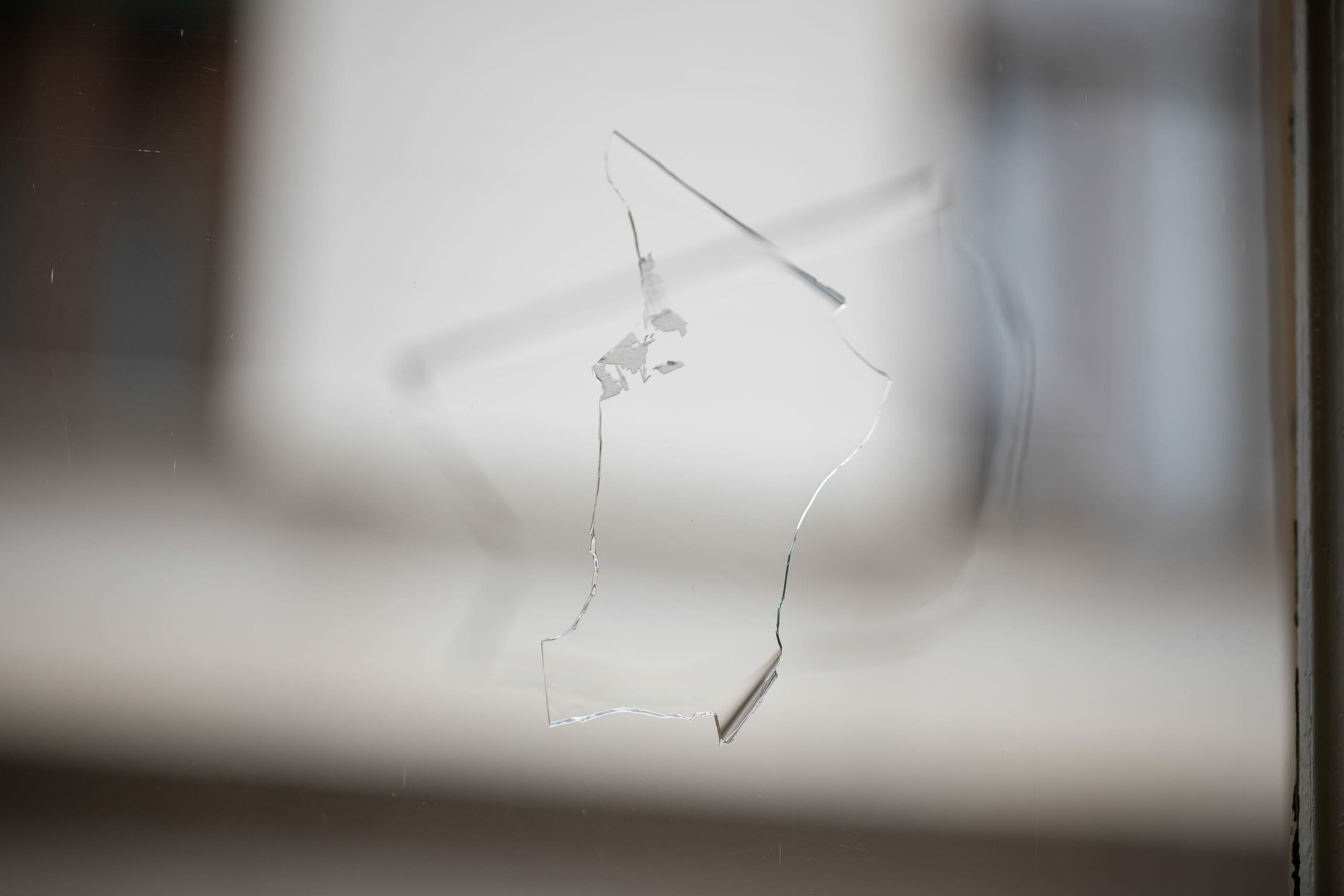 Vexing stands for annoying, tricky, or even irritating and questions the intact appearance, the familiar shape. Mapping is logically the cartographic, the distribution of the individual fragments and fractures. The markings as well as the laser engravings are intended on the one hand to draw attention to the nevertheless slight invisibility of the work, and at the same time to express an awareness of the illusion as well. The simulating experiences a certain dissolution, it was also the intention somewhere to leave the viewer from room to room in uncertainty. In various researches there was the so-called "broken window theory", a sociological study from the 80s, which dealt with the symptoms of spatial and social neglect, i.e. the collapse of basic standards and the dissolution of the intact interior and exterior space. And this consistent follow-through is also based in part on an assumption that damage usually leads to further damage.